Menu
Close
Made by samosoboy 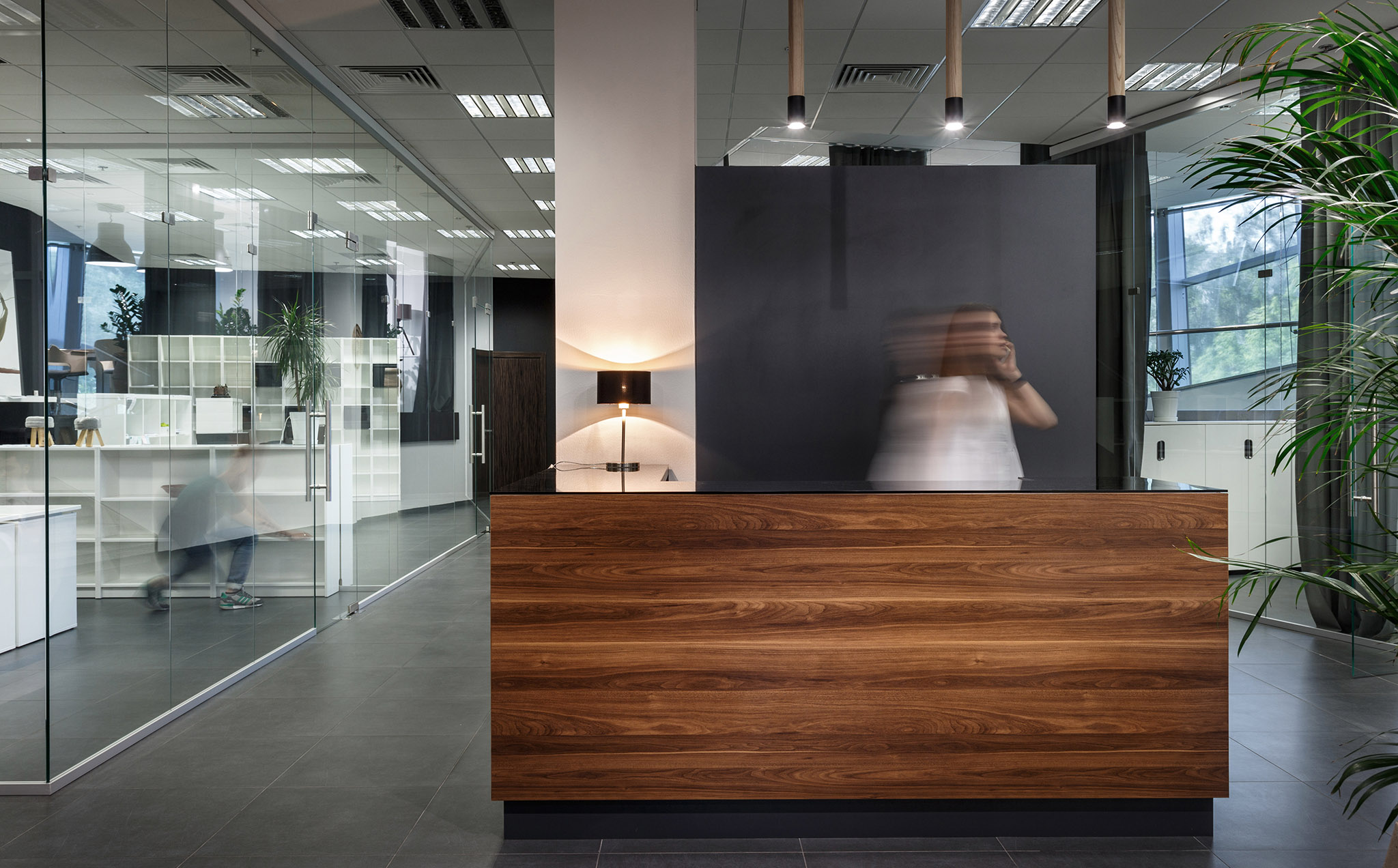 Office space "CUBE" for a dynamic company, such as implementation and realization of the project within the shortest possible period of time

Architectural Studio SVOYA STUDIO was solving several tasks during designing of the office space "CUBE" for a dynamic company, such as implementation and realization of the project within the shortest possible period of time, the division of a large number of jobs (in the absence of natural light in most workrooms), the maximum preservation and adaptation of existing constructions and engineering. The office is located in the business center on the Dnieper embankment in Dnipro city, the architecture of this building largely dictated design decisions and was presented in the interior, creating interesting visual illusions.
The comfortable and ergonomic space was created with full trust and harmonious cooperation with customers. The task of deadlines allowed to attract Ukrainian manufacturers, and once again confirmed their highest potential. The question of lighting of workrooms with the lack of windows was resolved due to glass partitions that can create an isolated space with the help of textile fabrics. It was remained linkage to engineering, which was supplemented by ventilation and air conditioning, as well as additional lighting for numerous "green accents" of various planting of greenery. Also, the painting by the famous artist ZdesRoy. Master Yoda over the whole wall was inherited from the previous owners in one of the executive offices, which later "grew" on the next wall, giving branding bright accents to the moderate office. 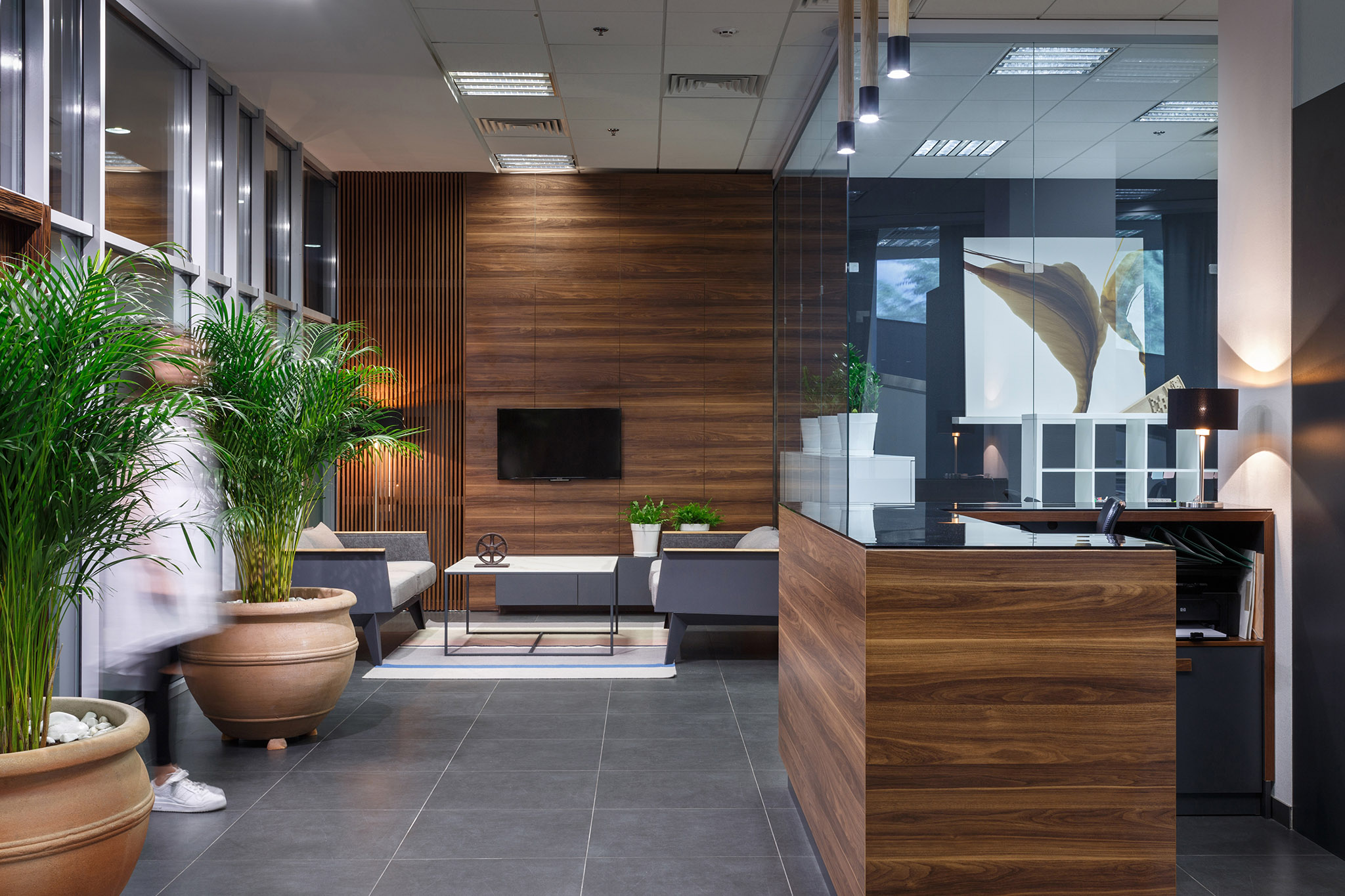 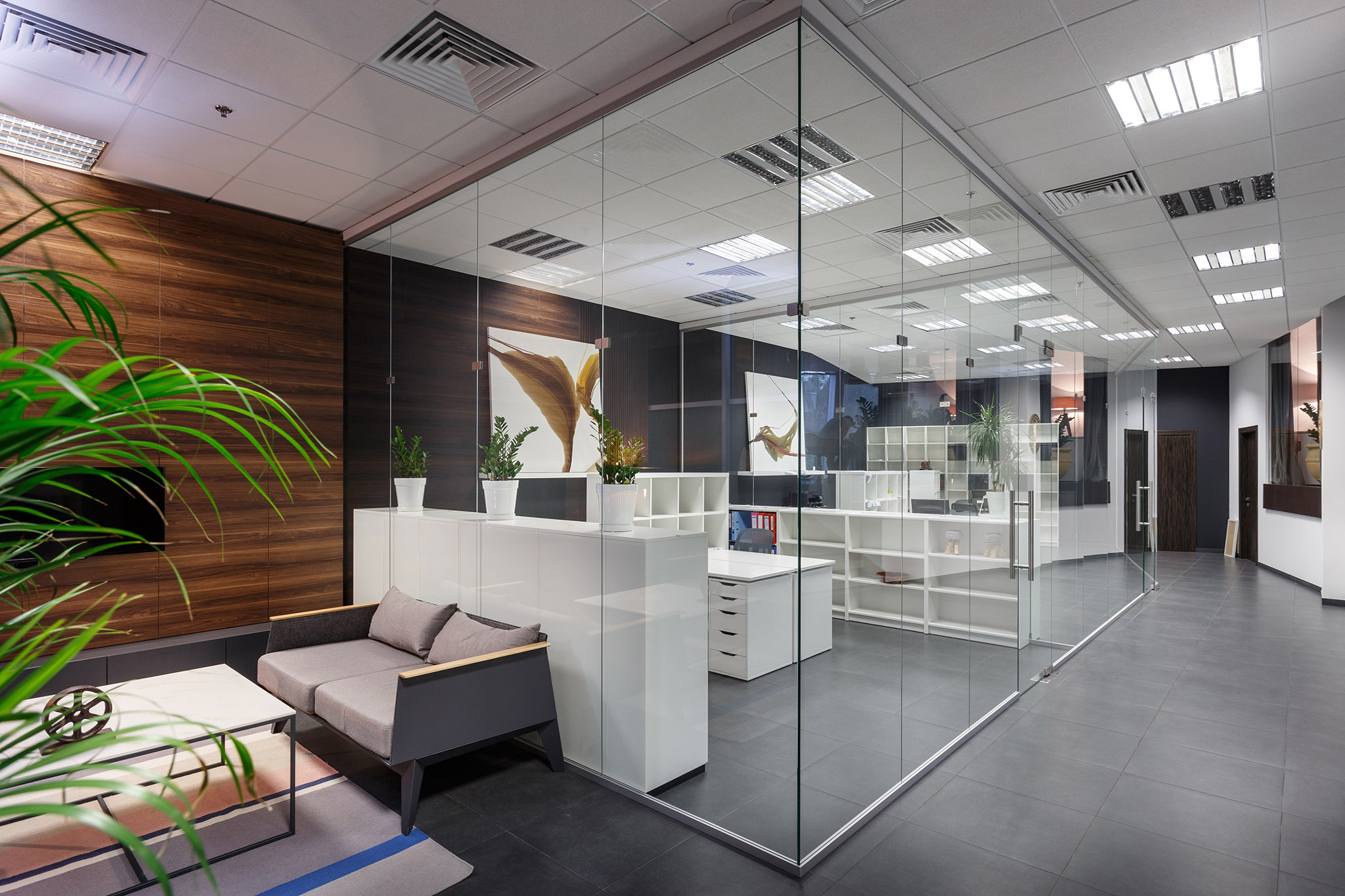 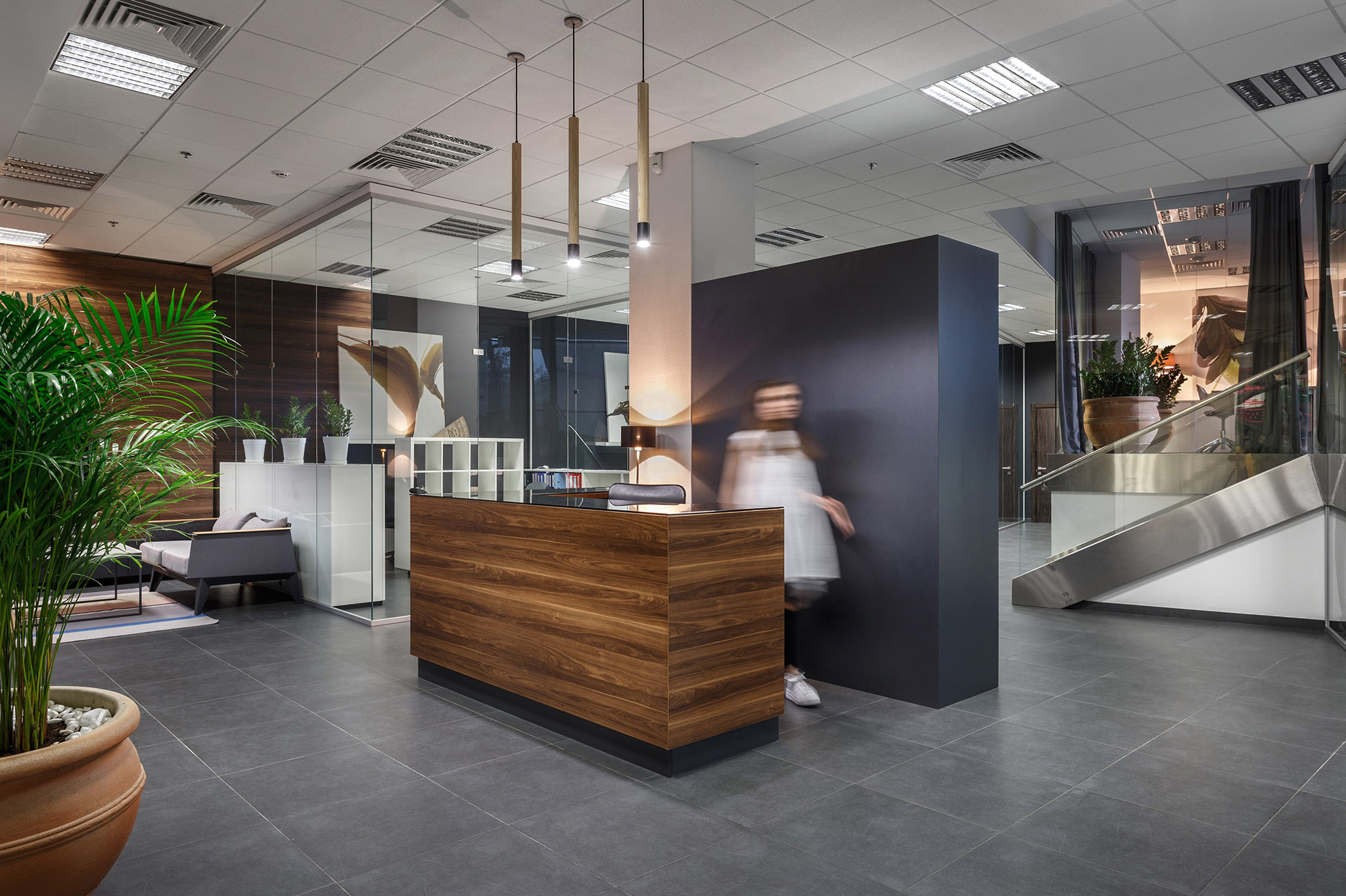 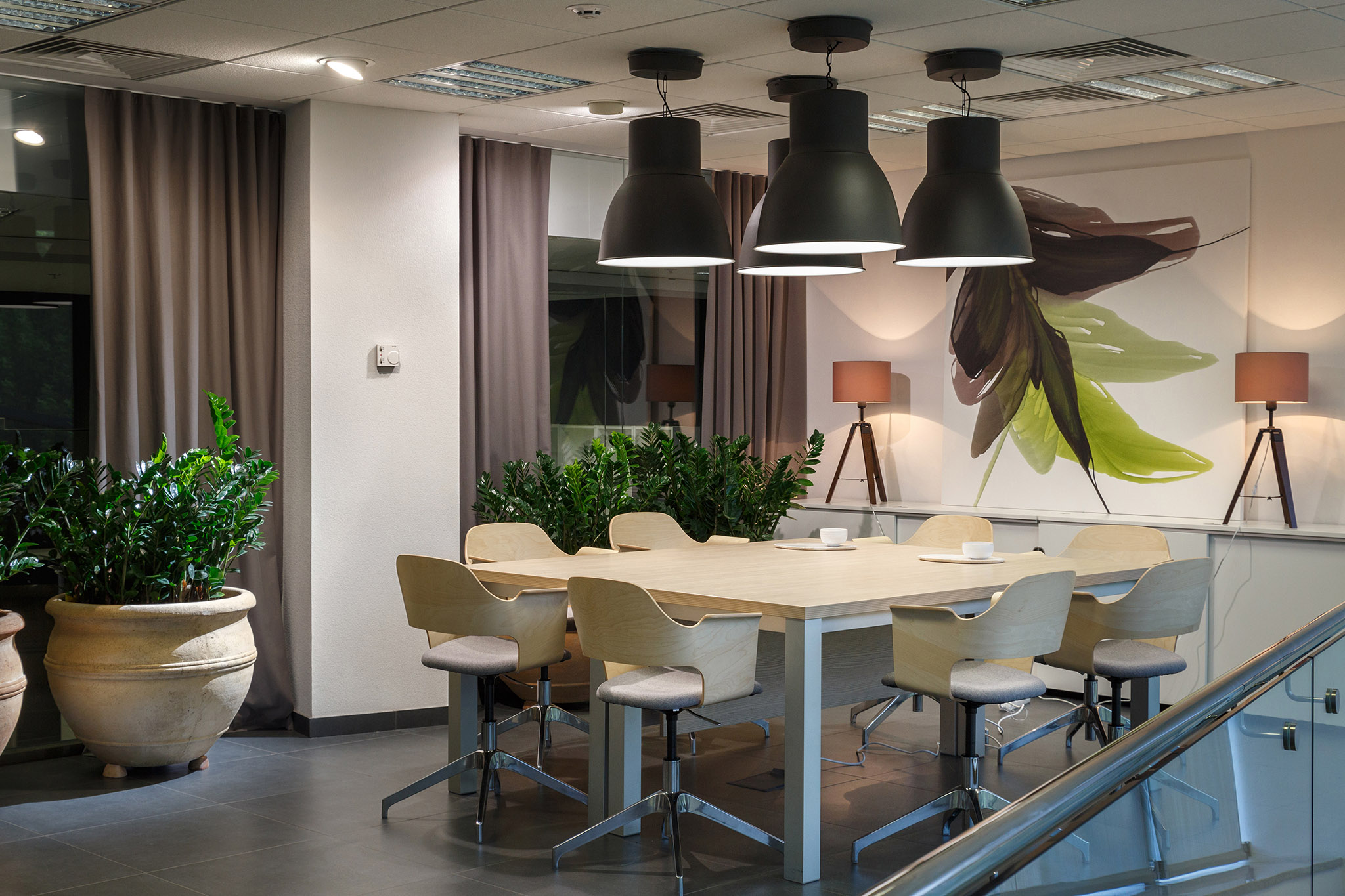 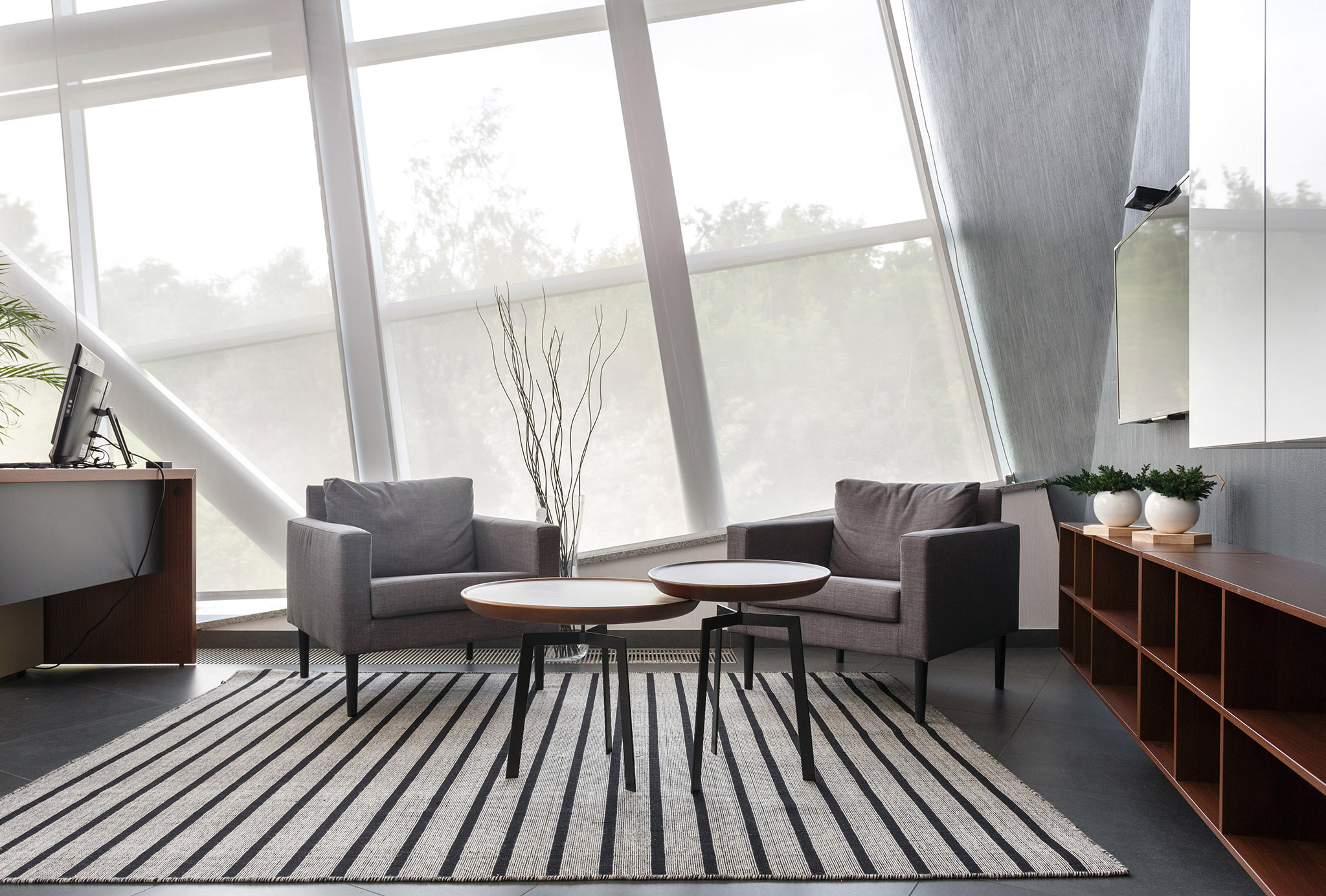 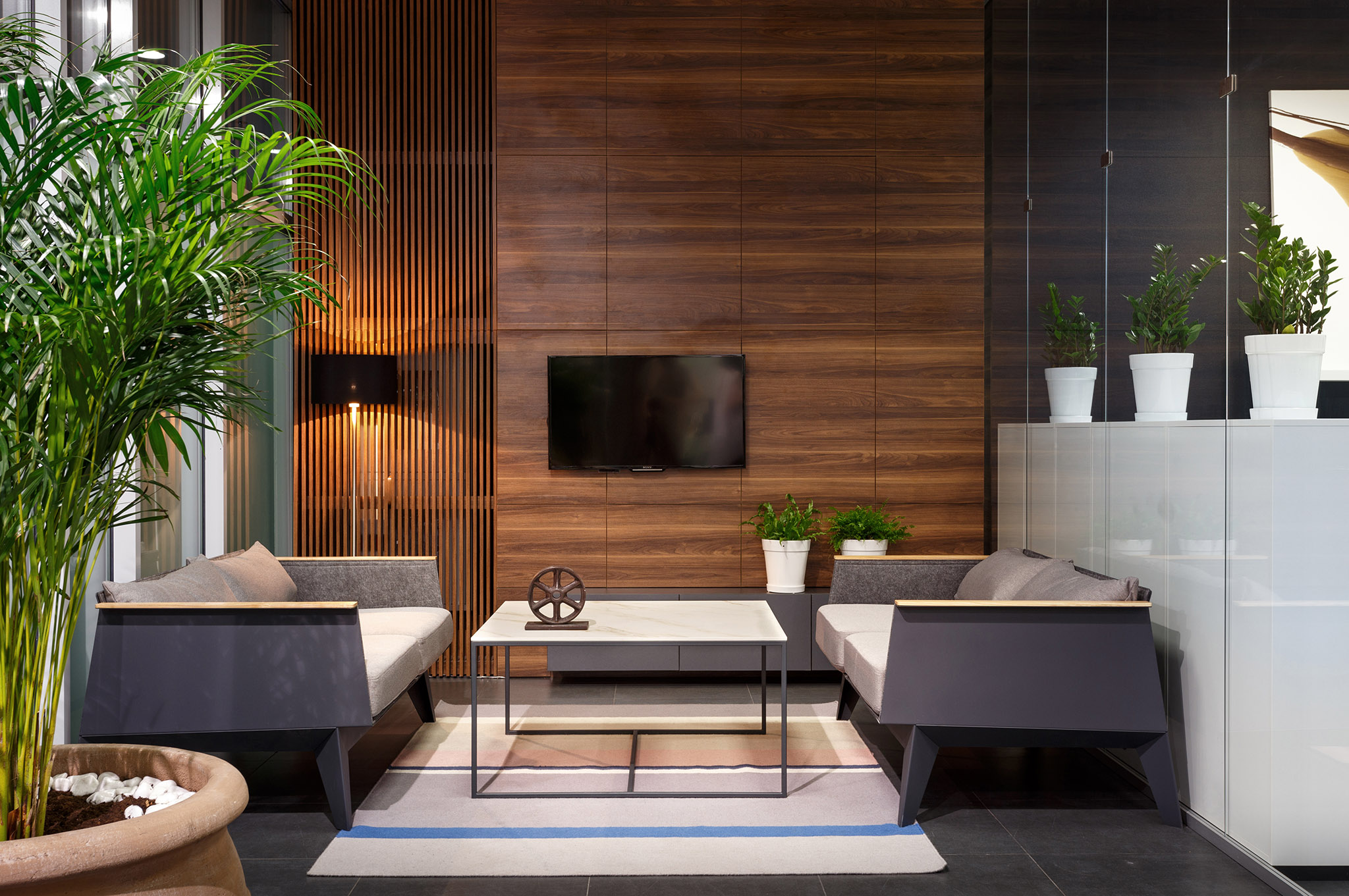 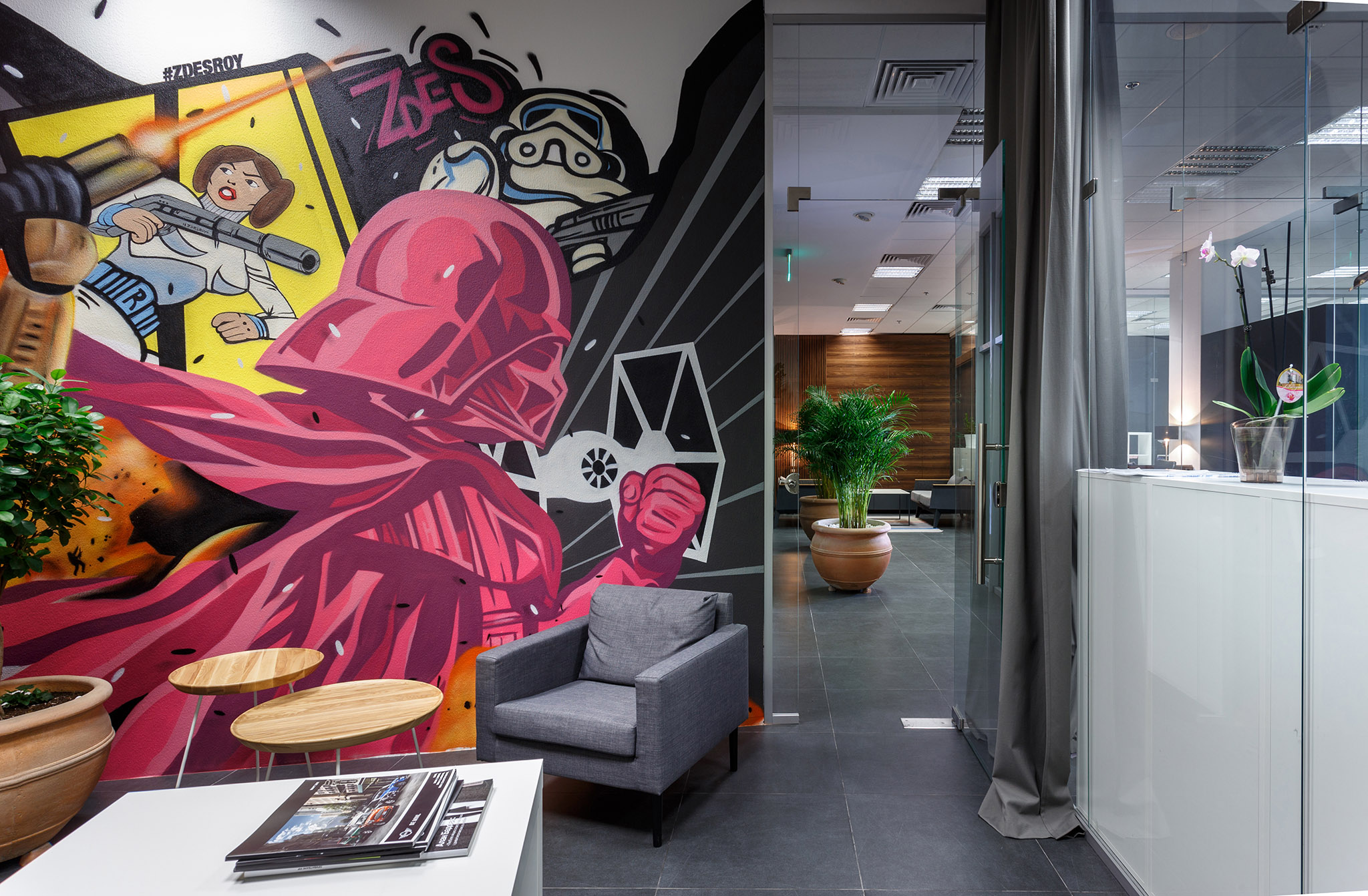 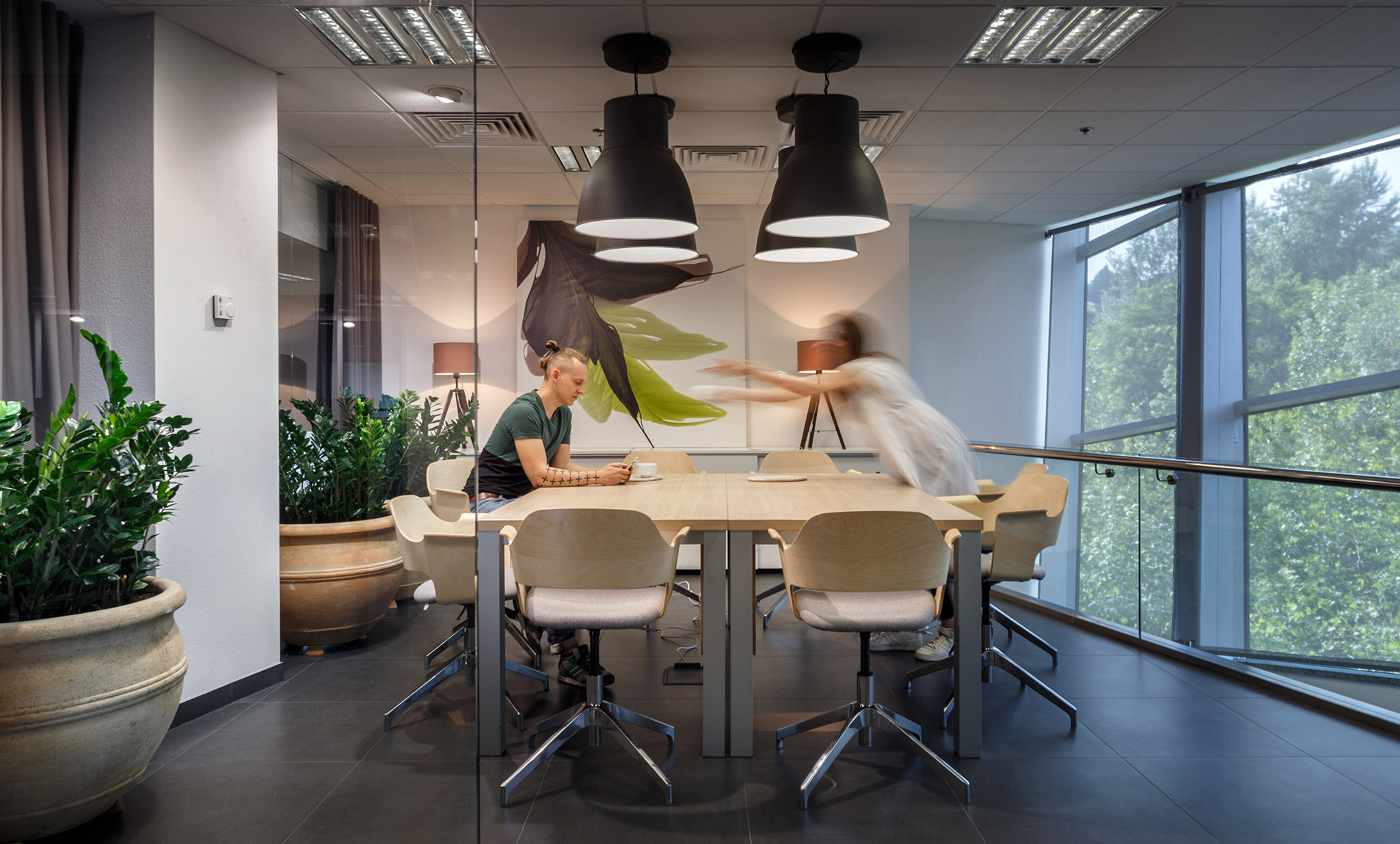 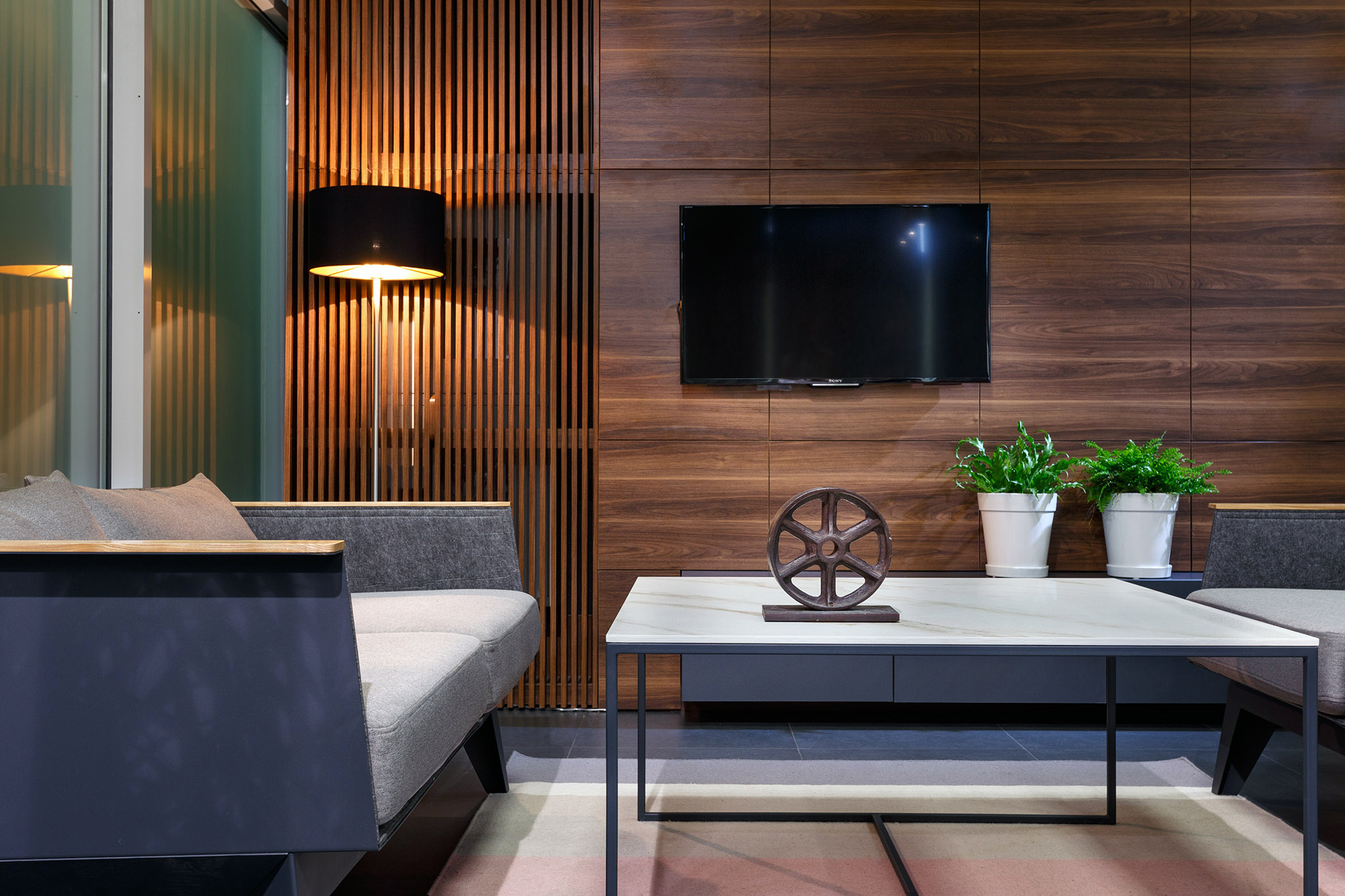 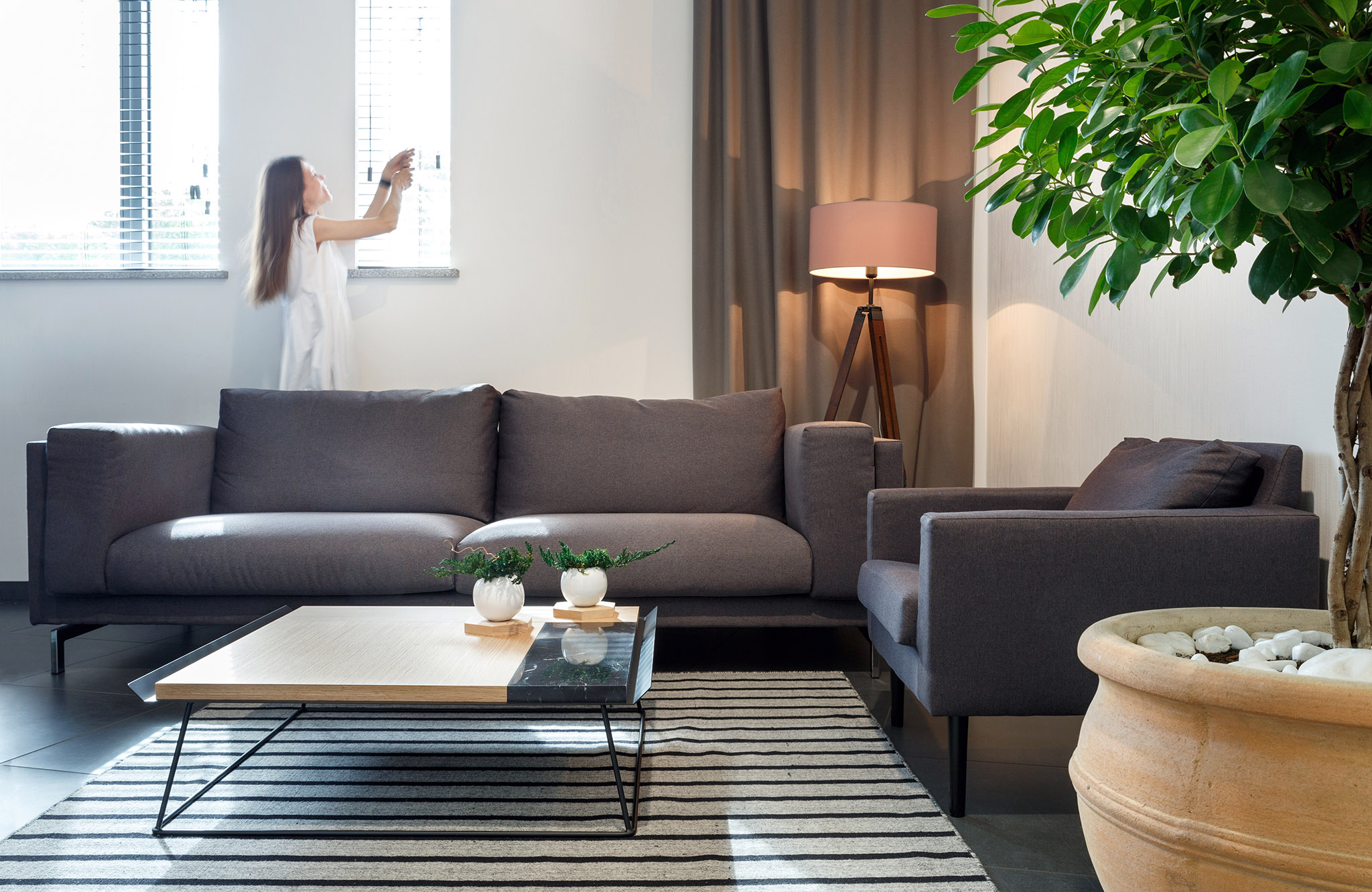 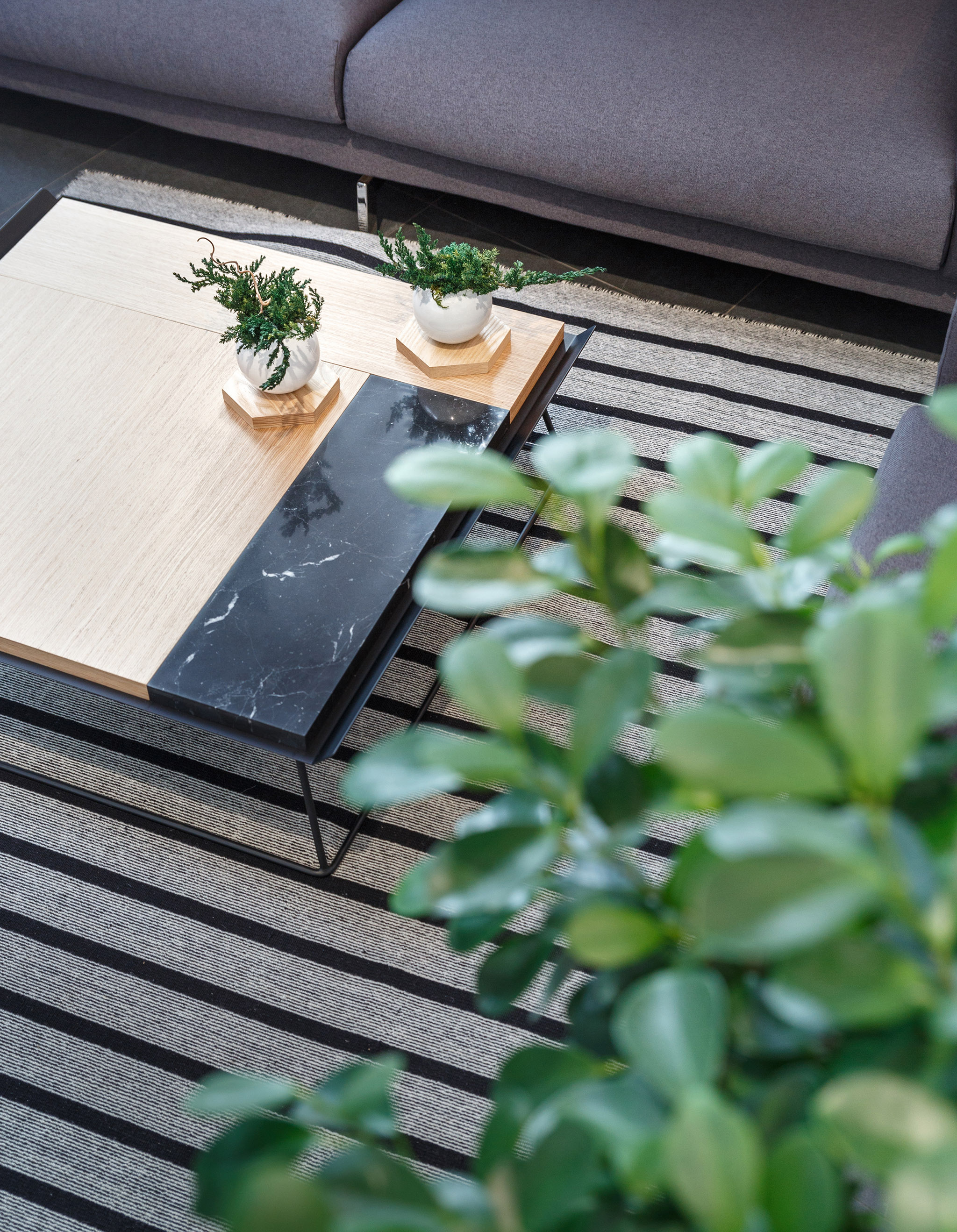 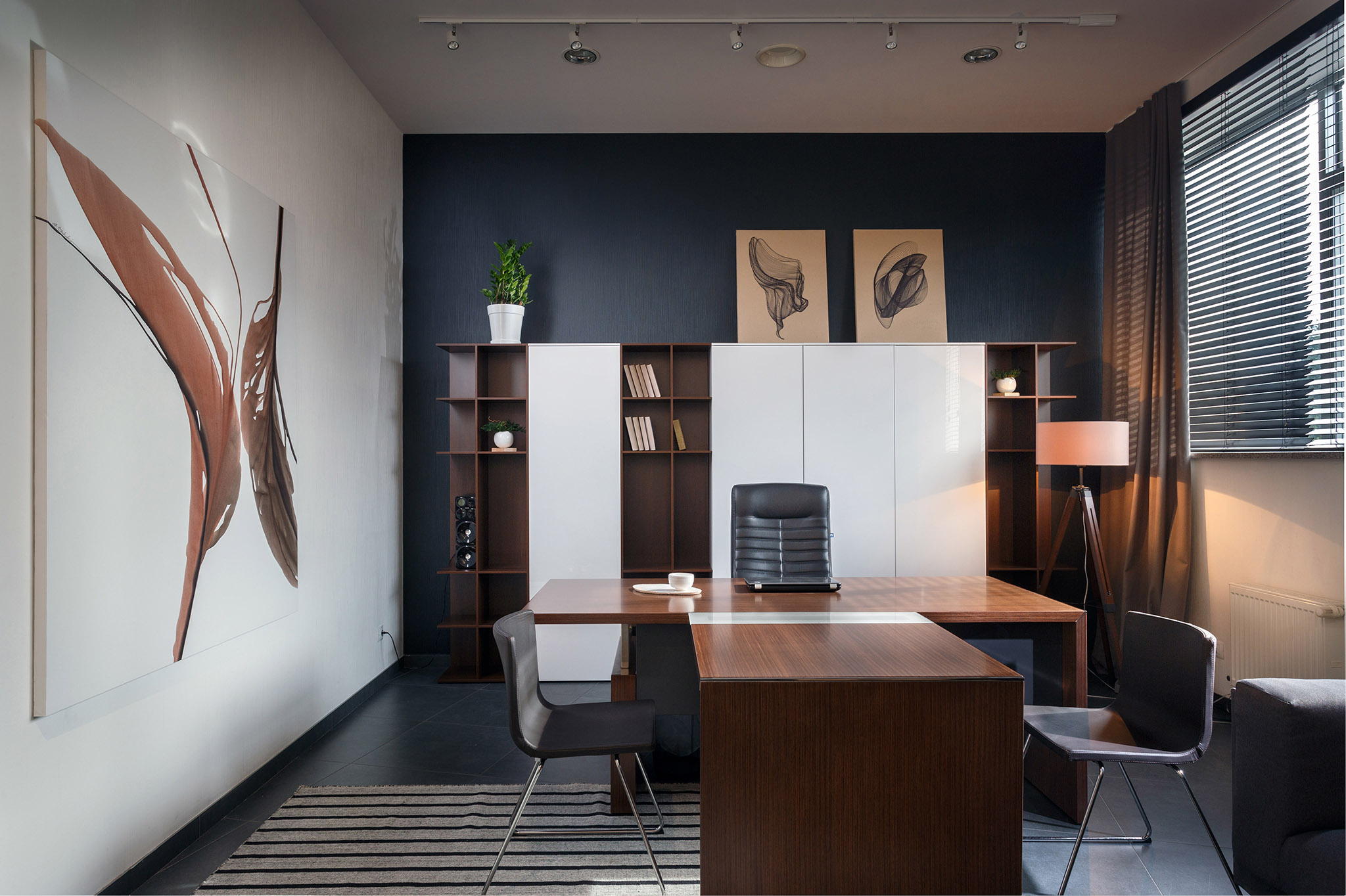 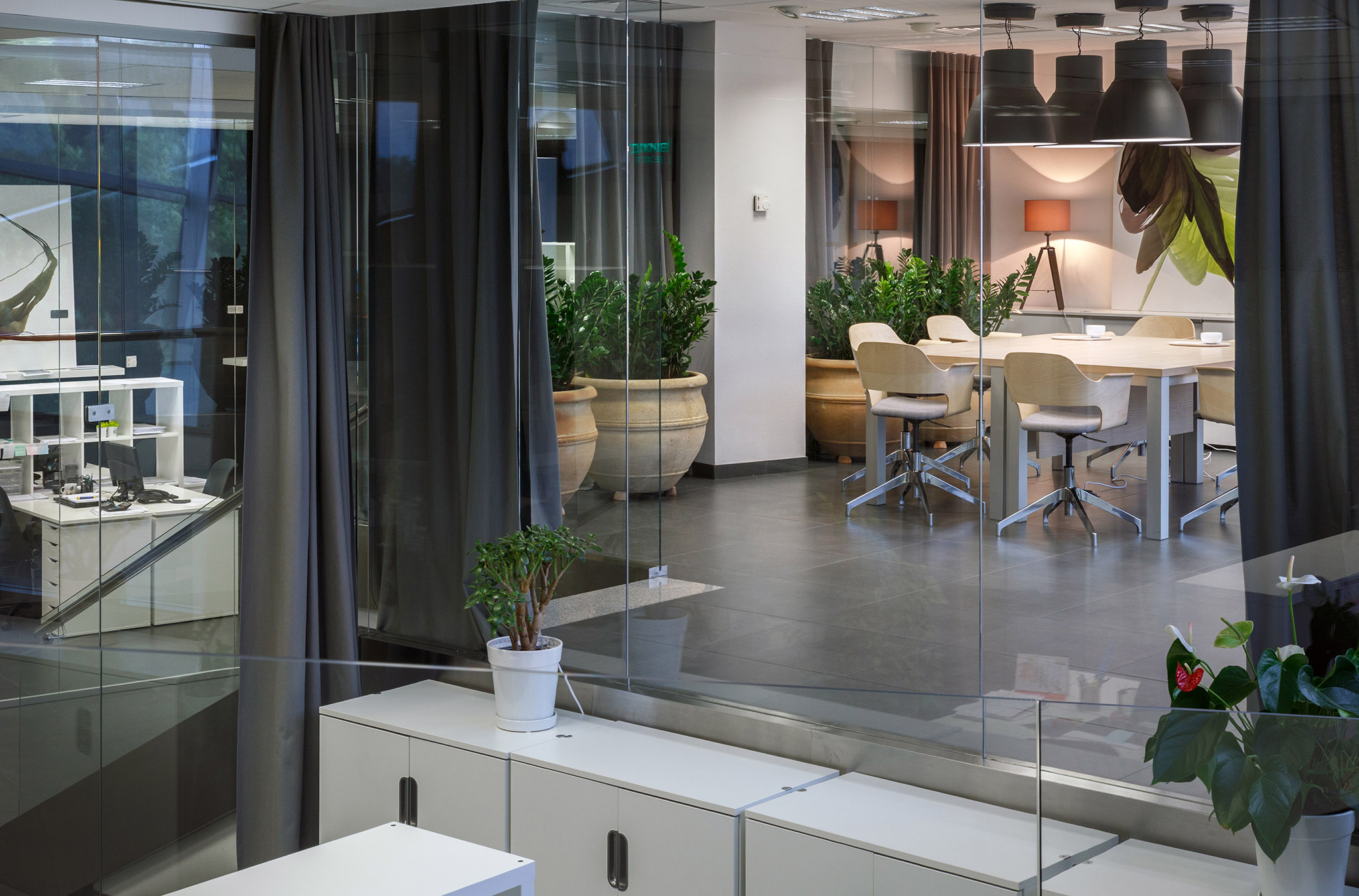 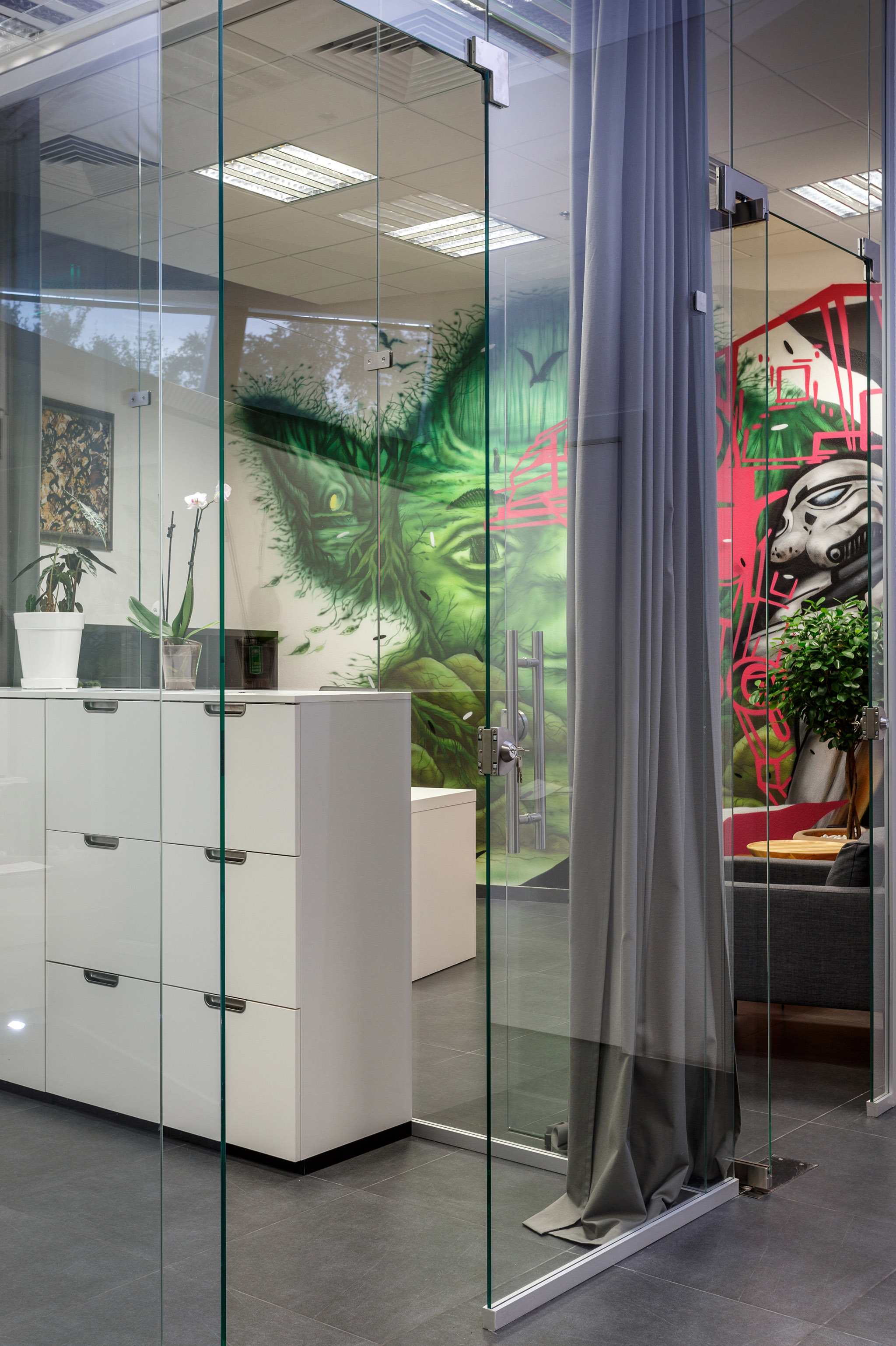 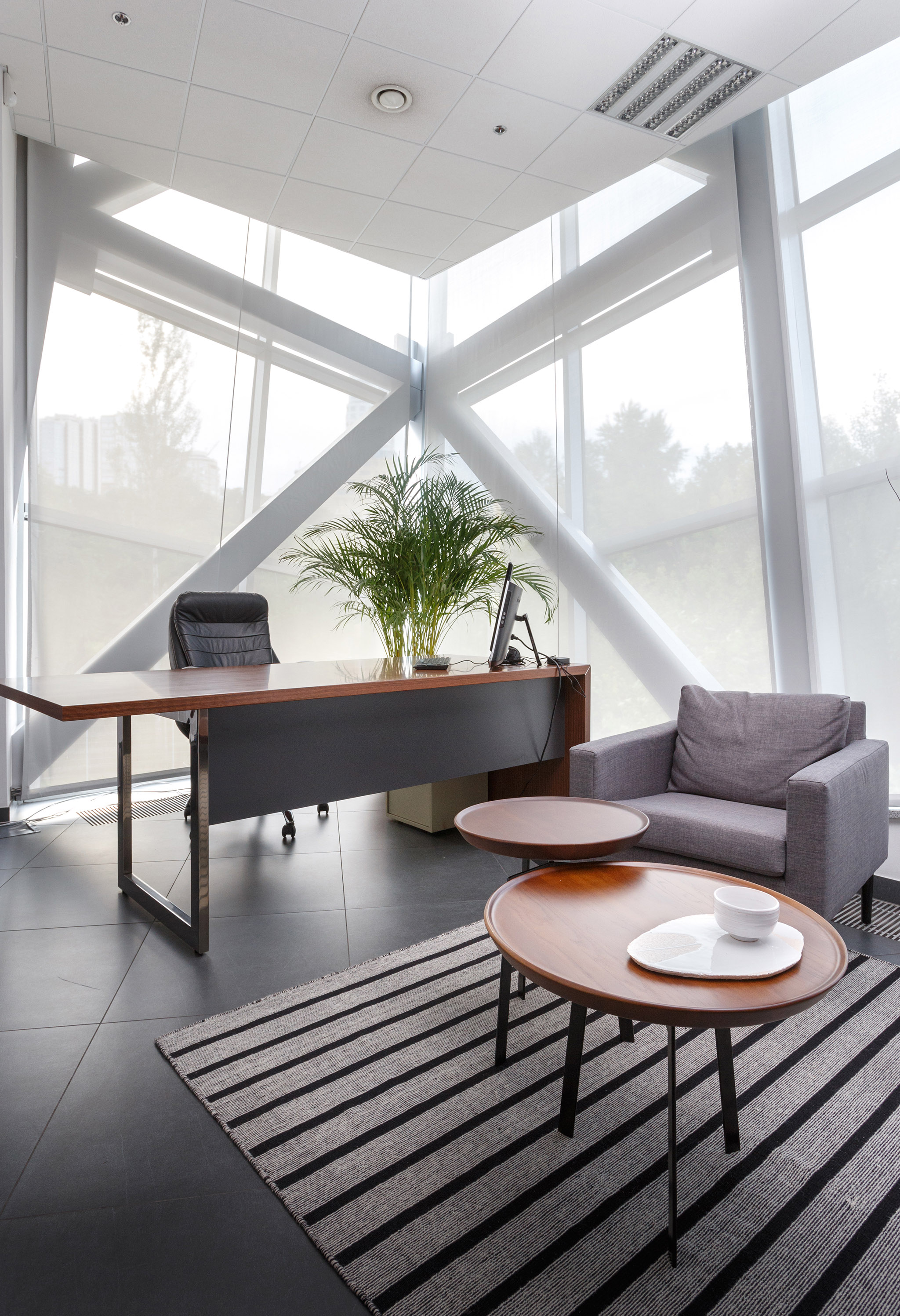 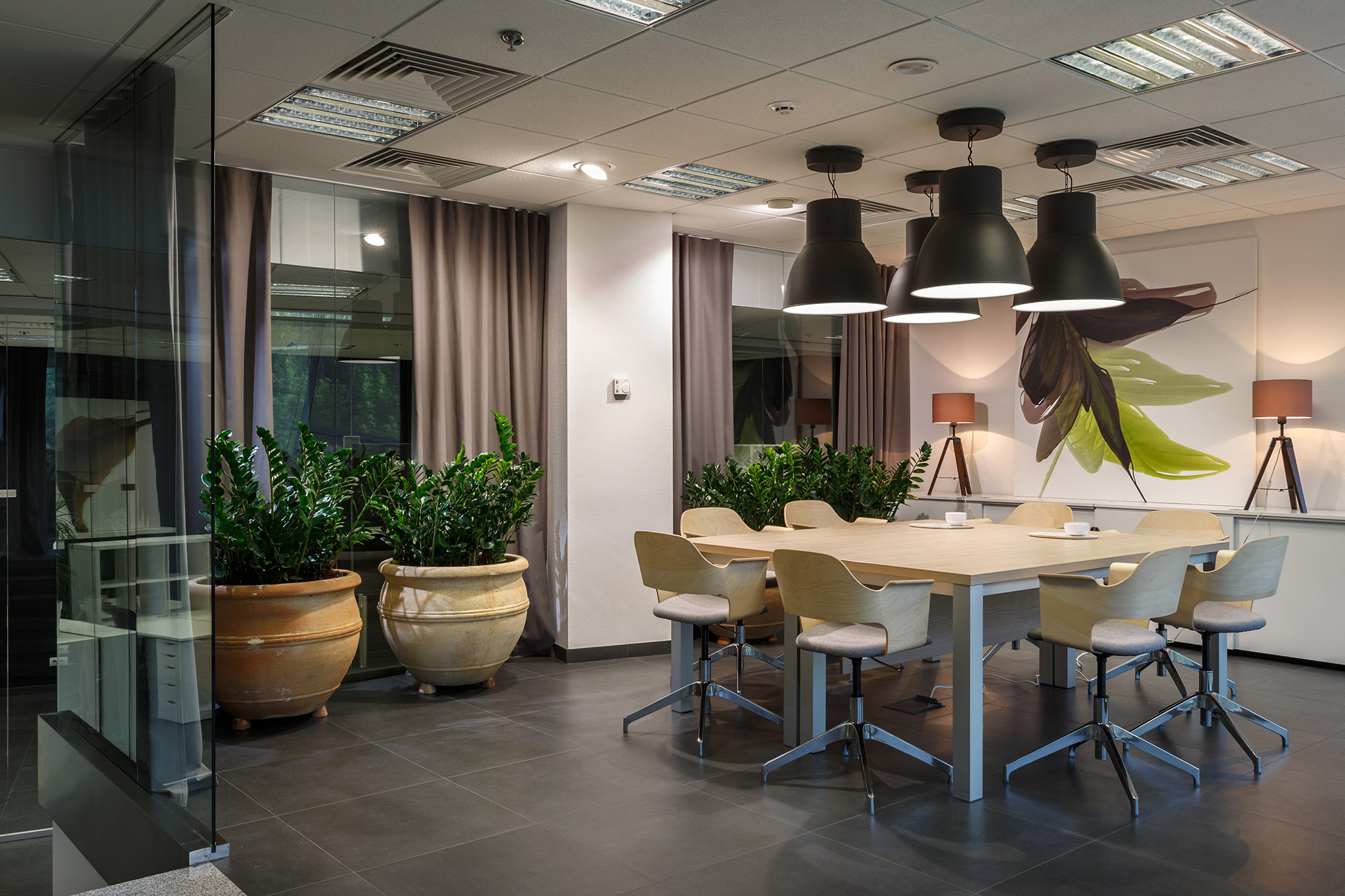 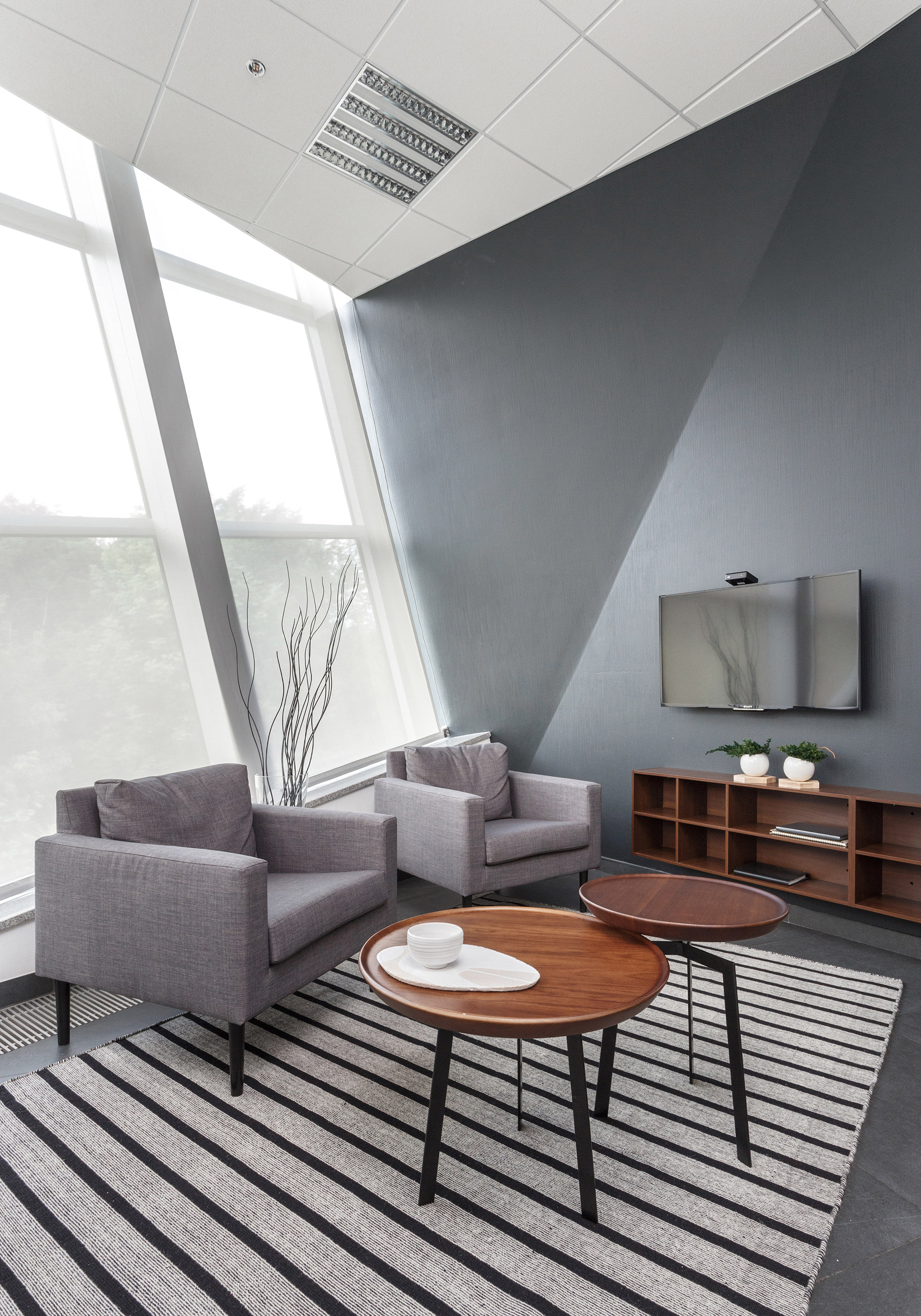 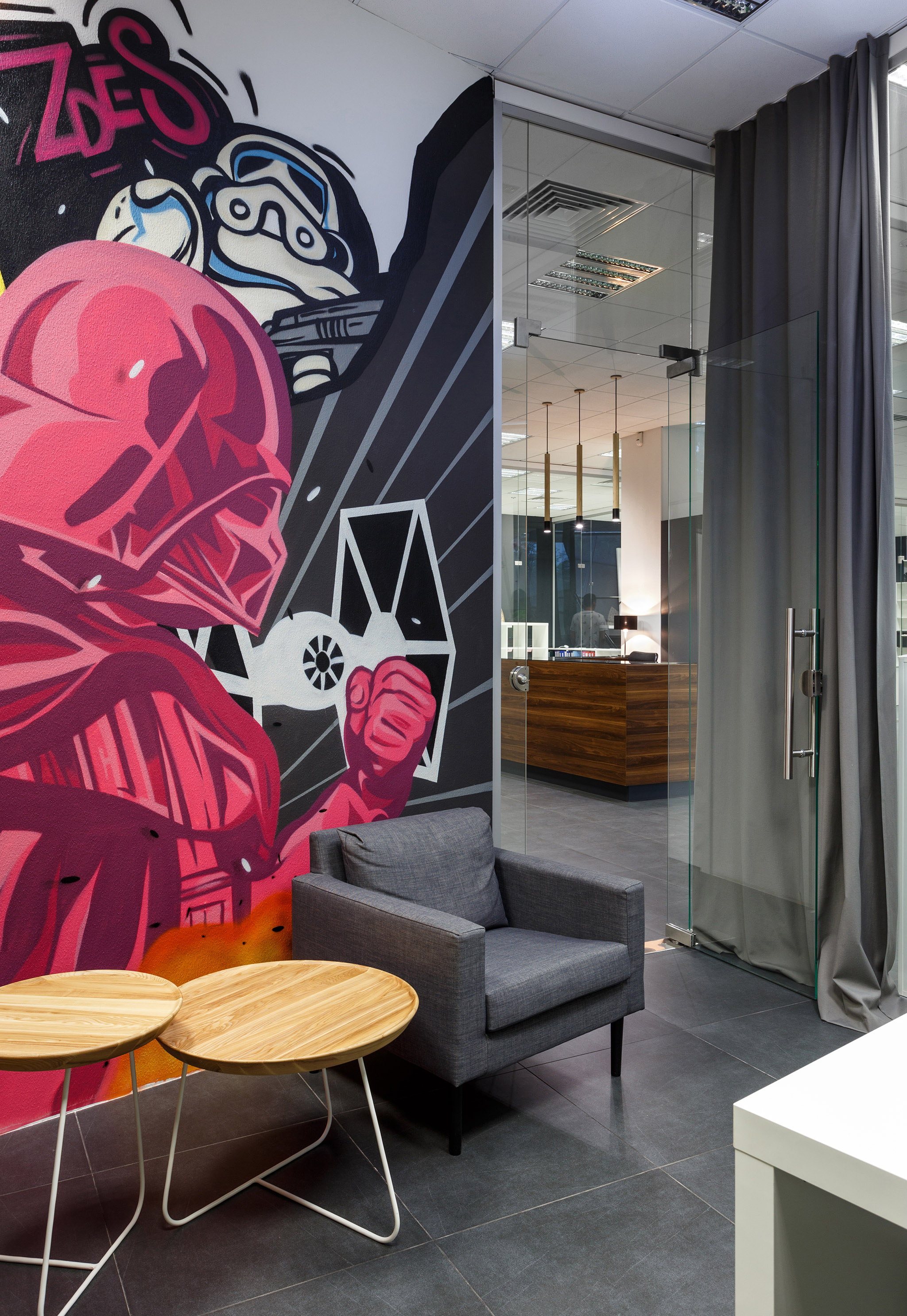 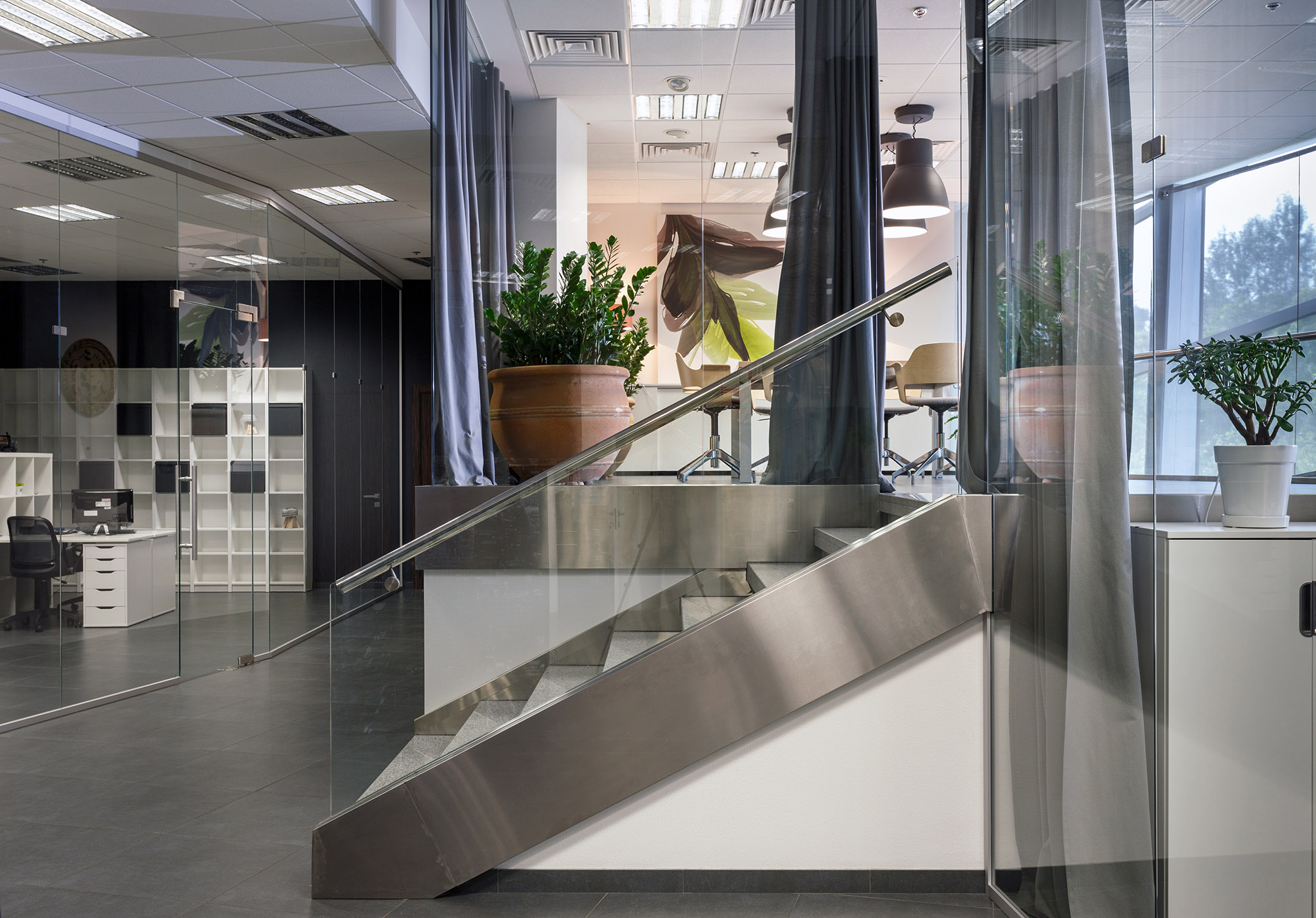 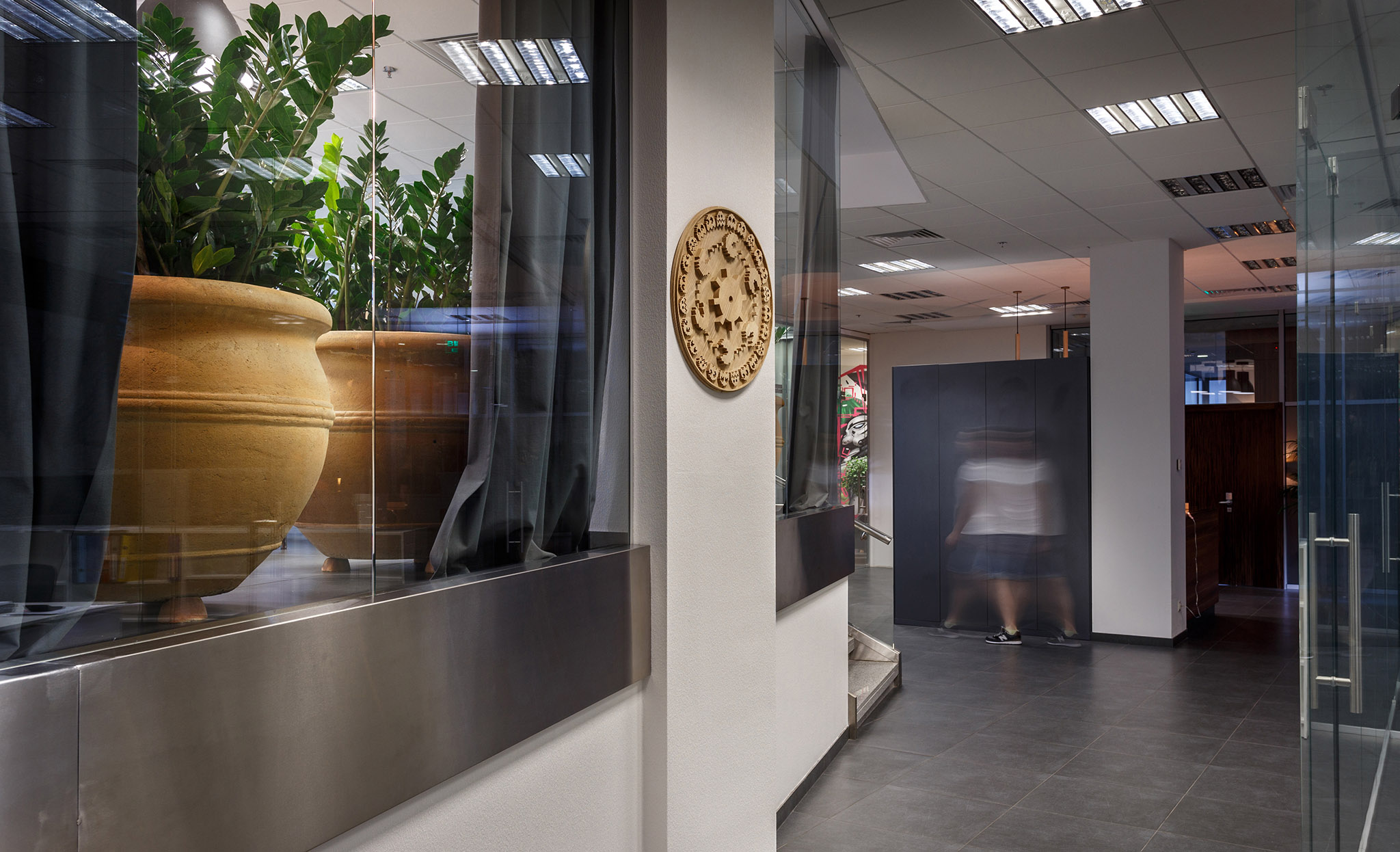 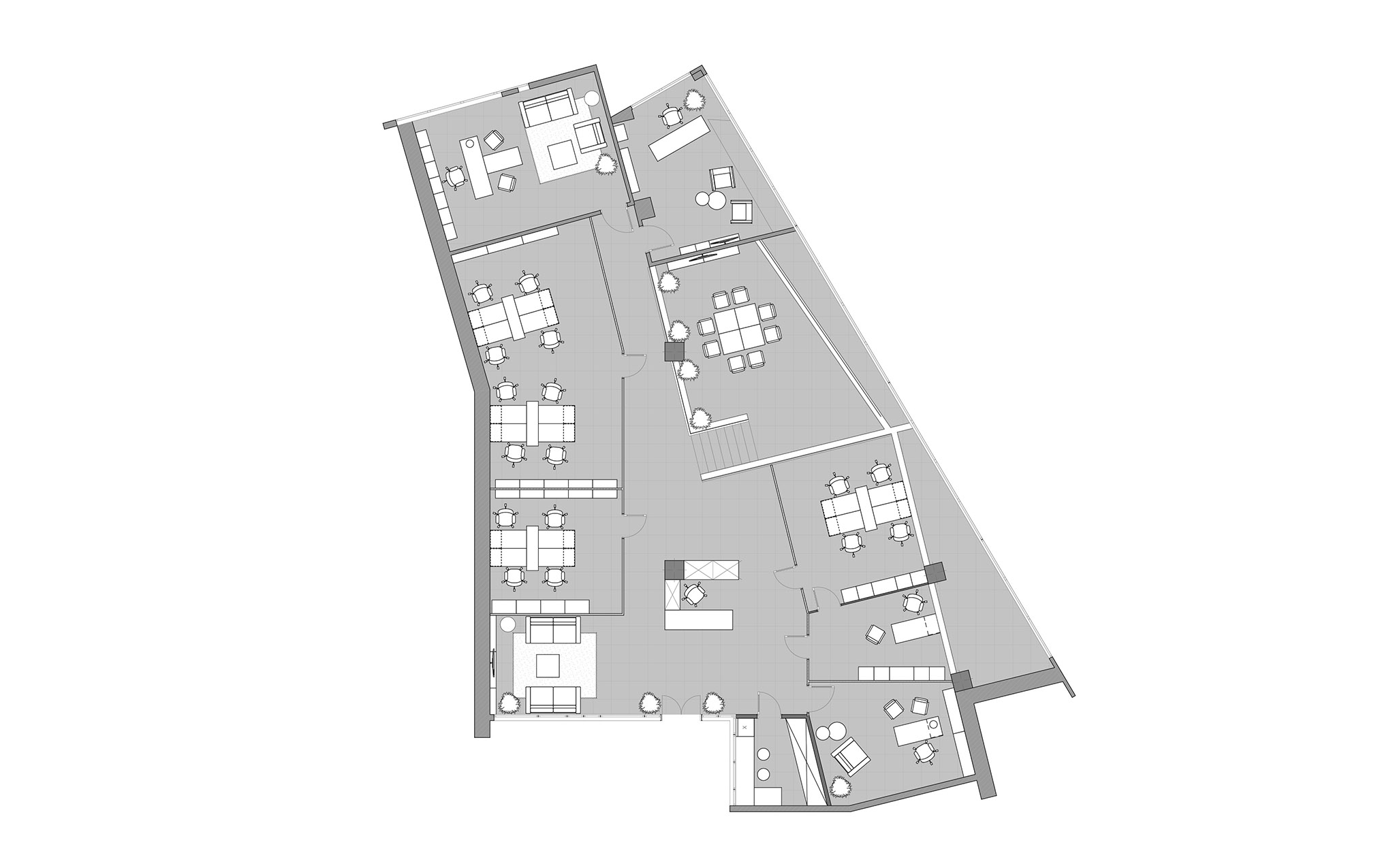 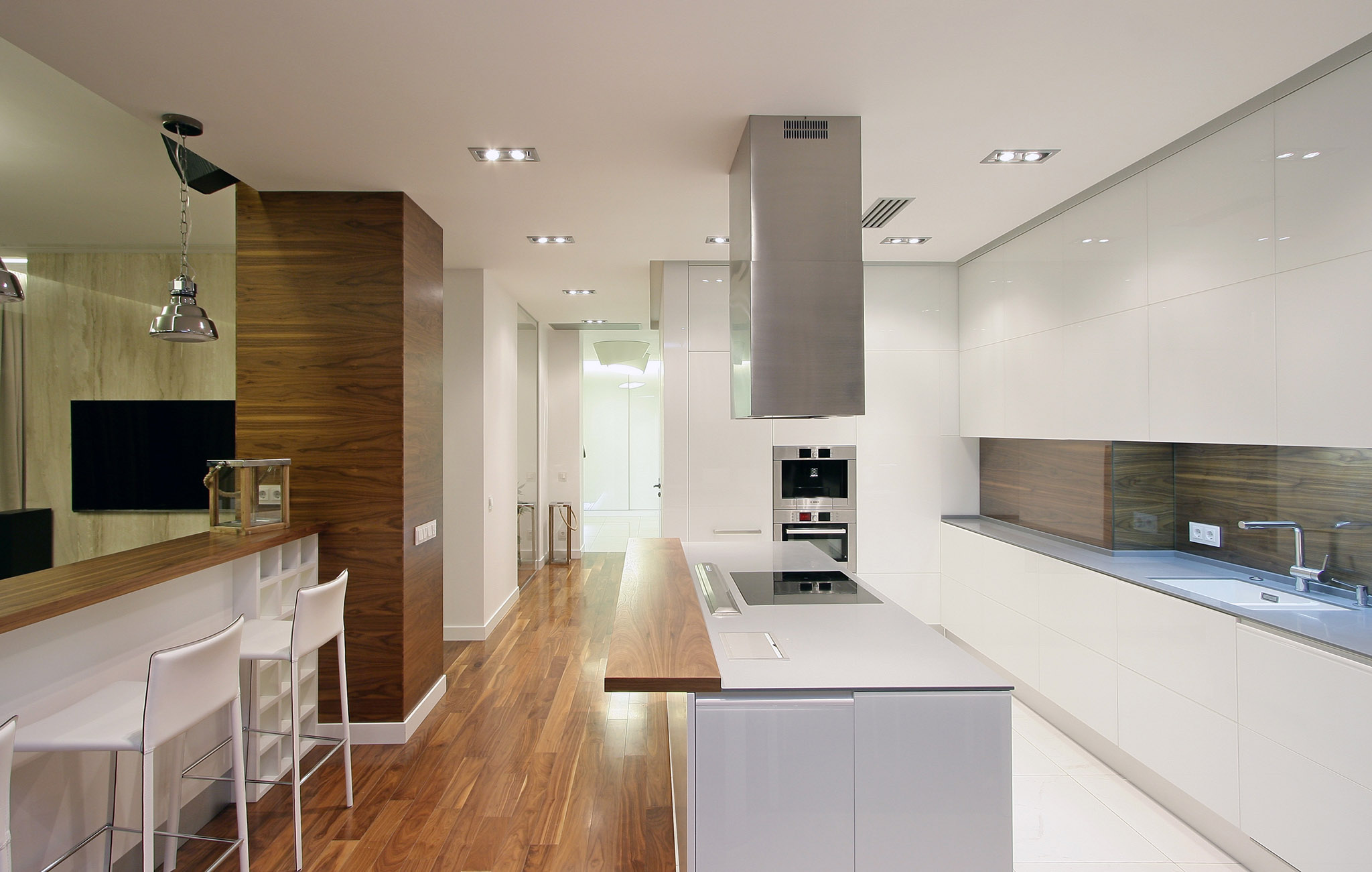 next project
Letual Apartment
Made by samosoboy
turn the phone vertically